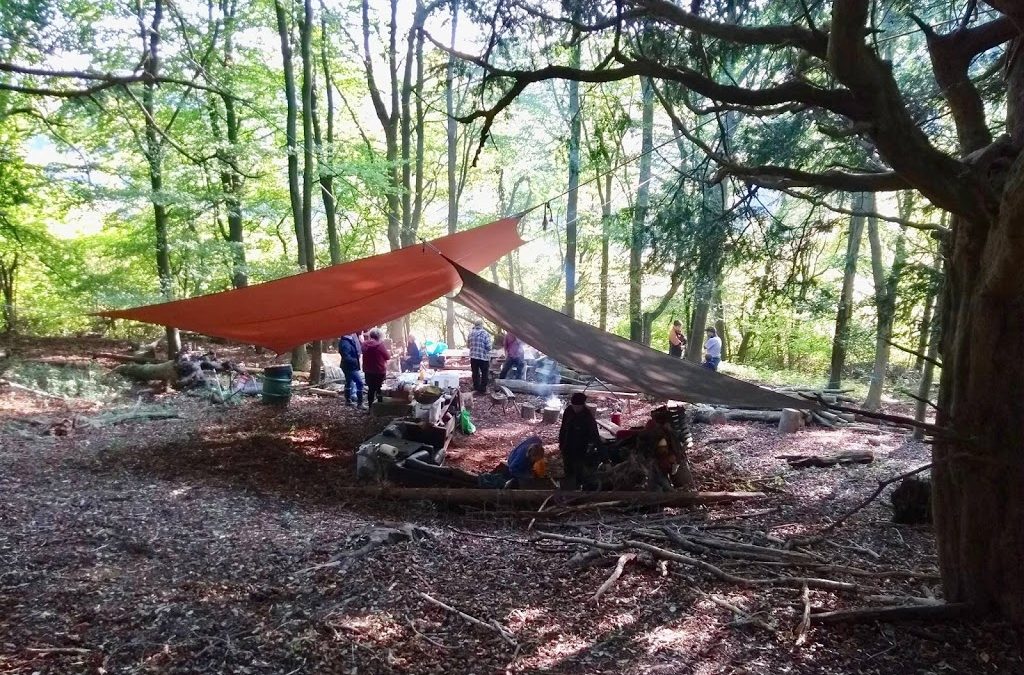 A lot has changed this year.

Its been just over six months since I took over management, and in that time I have learned a huge amount- from budgeting to chainsaw maintenance, risk assessments to butterfly ID. I’ve done a plenty of things I never expected to, and some things I never thought I could. It has been a difficult year for me, my family and the Project- but thanks to all of your support, we are still going strong.
Here is a brief recap of what’s gone on this year.
A variety of new developments…
And some developments on old plans…
And of course the new addition to the team…

Children are unashamed in their questioning and honest in their reactions- they don’t see a woodland in terms of ownership, or forestry, or economy. They show you a world without the bias of adulthood; and we could all do with seeing things from an innocent perspective every now and then. Thanks to the amazing work of Elsa and Toby this year, many more kids have been introduced to the Whitelands site. We have had small children swinging from trees, countless campfires with ever developing recipes, and no log in the new camp left unturned on the hunt for mini beasts. I’ve lost count of the number of times I’ve used my favourite trick with a pill bug- placing the perfectly spherical, curled bug in a child’s palm, and watching as their eyes widen in astonishment as it unfurls itself and scuttles over their fingers. We have counted butterflies, built dens, whittled and foraged, and in the next year we plan to do all of it again.

Working with local tradesemen like Frank and Tom has expanded the Projects’ repertoire, and after a brief trial period, the saw mill is up and running again. Although we are all still finding our feet, timber extraction (red cedar removal) has continued, and timber for a few local constructions has been provided (we are always looking for more projects to get involved with), and our firewood deliveries continue to warm homes across Petersfield, Liss, and South Harting.
The first ever Whitelands‘ stall at Petersfield Christmas Market was a great success, with the help of a large number of people. The best thing for me was giving a platform to a range of local artists who used Whitelands’ resources or wildlife as inspiration, alongside showcasing our materials. I am looking forward to developing ideas for Spring and Summer fairs, so if you have any suggestions or anything you would like to showcase, let me know.

The steep North facing Whitelands’ valley has remained relatively cool in comparison to the surrounding area, throughout one of the hottest summers on record. Supplementary water supplies were put out for wildlife throughout the hot weather, but little could be done for the heat damage to vegetation. A very mild winter autumn has given the plantation and understory a little time to recover, and several bird species severely impacted by last years sharp winter have made a welcome comeback. However, changes in climate have been undeniable, and pushed us to make some decisions on “climate proofing” our woodland in the coming years. With the preemptive removal of diseased ash along tracks and camp areas, we are preparing for replanting, and for careful monitoring in the next few years as the woodland undergoes a major ecosystem shift. The loss of ash trees across our landscape is going to have far reaching effects, beyond biodiversity – making up just under 30% of our woodland, we are losing a large proportion of our timber crop.

We have had numerous sightings of muntjac- an invasive deer species brought to the UK in the early 20th century. They are easily recognizable, being shorter and stockier than roe or fallow, along with their distinctive fluffy white tails. They can reek havoc on new plantations and strip trees bare – certainly unwelcome visitors! More welcomed were the sightings of purple emperor butterflies enjoying the willow copse. Sallow, or goat willow, is the perfect habitat for purple emperors- but its rarely allowed to self establish to the extent of our plantation. It’s fantastic for wildlife (from butterflies to willow warblers), but isn’t thought to provide much in terms of resources. It can be used for fire wood ( the traditional fuel for pizza ovens, burning fast and hot) as well as for weaving, and in bundles of faggots for river restoration/ flood damage mitigation. A common colonizer and one of the first to reestablish on disturbed ground, often indicating suitable habitat for preferred timber producing species, willow is a pagan symbol of femininity and of perseverance. Personally, I think it’s under-rated.

I would like to finish by thanking all of you who have got this far for your interest in Whitelands, and for supporting us by showing up to work parties, offering advice, buying our products and writing in with your support for the barn. I will keep you all posted as things develop, and look forward to sharing more with you over the next year – which I hope will only bring bigger and better things.